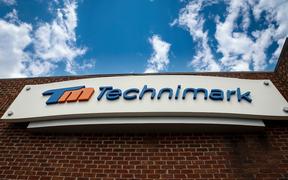 One of the Triad’s largest manufacturing companies is about to get even bigger.

Technimark LLC, which makes products for the health care and consumer packaging sectors, is planning to expand its operations in Asheboro with a $62 million investment, creating 220 full-time jobs in the process.The Asheboro expansion, some $54 million of which is for machinery and equipment, will serve medical device companies that require U.S.-based manufacturing.

The company specializes in precision injection molding, value-added assembly, and full supply chain services. It has facilities across the United States, Mexico, United Kingdom, Ireland, Germany and China. Within the U.S., Technimark, which started in Asheboro in 1983, also has facilities in West Virginia, Pennsylvania and Texas.

“The commitment and support we have received from the State of North Carolina has been invaluable to making this expansion a reality, allowing us to create more well-paid jobs for the dedicated workforce in Randolph and surrounding counties,’ said Technimark President and CEO Brad Wellington.

The average salary for the new positions will be $44,290, above the Randolph County average of $40,552. The result will be $9.5 million entering the Triad each year through payroll.

The expansion is more welcome news for Randolph County, where the Greensboro-Randolph Megasite late last year announced plans for a multiphase investment of up to $3.4 billion by Toyota to manufacture lithium batteries for electric and hybrid automobiles. It also expands manufacturing in Asheboro, where Technimark's next-door neighbor, the Arrow subsidiary of Teleflex, has reduced its headcount from 635 five years ago to 81 last year, according to Business Journal research.

The state’s Economic Investment Committee on April 20 approved a Job Development Investment Grant (JDIG) that authorizes a potential reimbursement to Technimark of $1,108,800 over 12 years. The grant is based on estimates that Technimark’s expansion will grow the state economy by $398.5 million over a dozen years. Because Technimark’s expansion will occur in Randolph County, which is classified as a Tier 2 community under the state’s system, the state will move an additional $123,200 into its Industrial Development Fund’s utility account. That account helps rural communities finance infrastructure upgrades to attract business.

Asheboro and Randolph County in late March each authorized incentives of $475,000, for a total of $950,000 in local incentives over five years. The North Carolina Railroad also agreed, through its NCRR Invests program, to provide $250,000 to assist in the construction of a new on-site rail spur for Norfolk Southern to serve the new facility, a move that is expected to result in an additional 40 rail cars per year.

“Investments like this are the result of strong partnerships,” said Carl Warren, NCRR president and CEO. “NCRR appreciates the opportunity to contribute to an effort which included Randolph County, the city of Asheboro, the N.C. Department of Commerce, the Economic Development Partnership of North Carolina, and many others who made this important project a reality. These wins are always a team effort, resulting in the creation of new jobs for the people of North Carolina.”